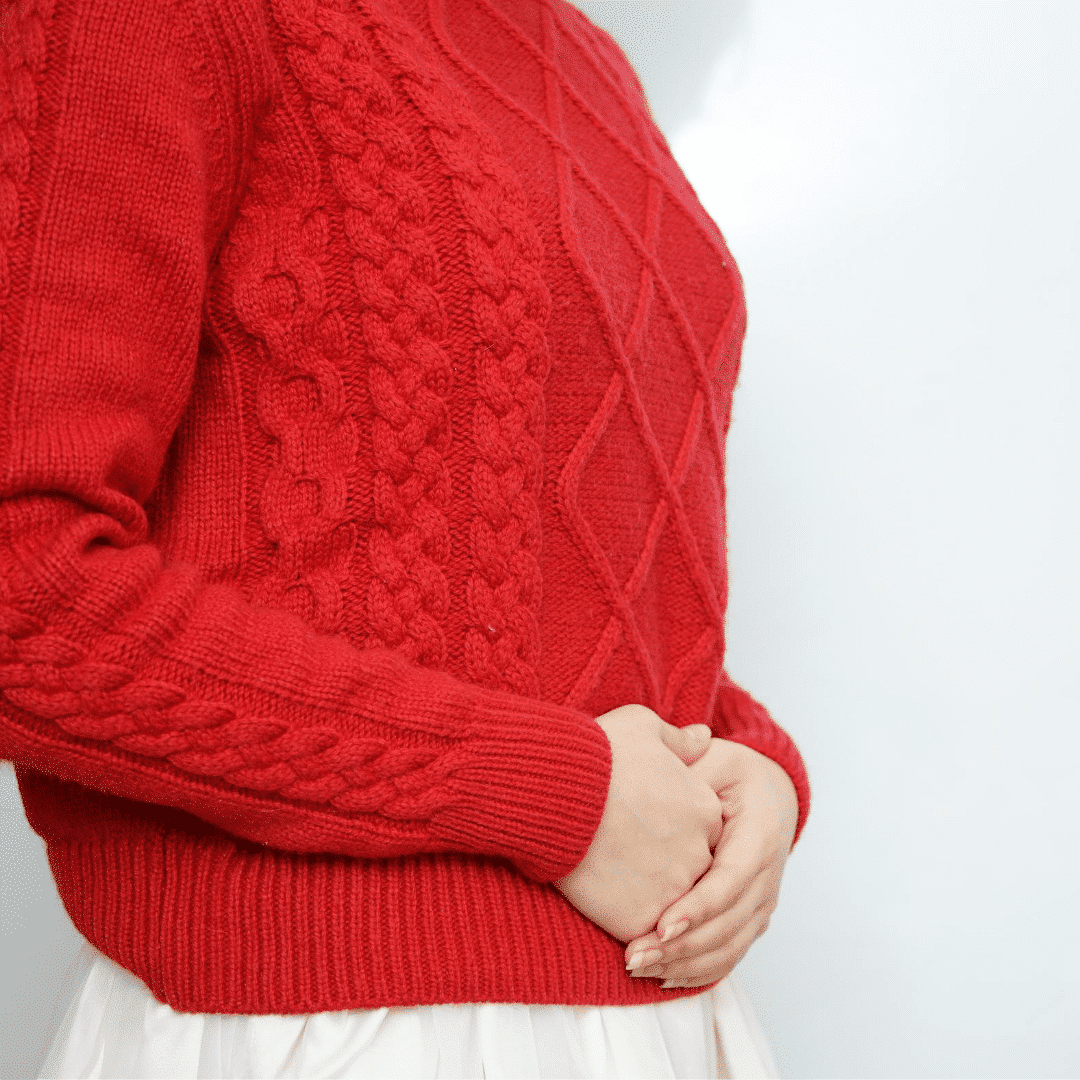 Okay, so the weirdest thing happened to me today. I was in the car talking to my husband, and I suddenly felt a kick in my stomach. It did not feel like gas or cramps, it felt like a baby just kicked my stomach from the inside. I have had four children, so I know exactly what baby movement feels like. My last baby is currently two years old and I have no plans to add to my brood anytime soon. I’m definitely not pregnant. …Right??!

I’ve heard about phantom kicks a time or two, but never experienced it or talked to anyone who had. I figured it was some weird made-up thing that was just all in the woman’s head or due to anxiety or other related issues. That is until today when I actually experienced it for myself. I was mid-sentence and felt the “kick,” it caught me off guard. My husband immediately said, “we need to go to the drugstore and get a test.” At this point, I was totally starting to freak out, as was he. Before saying anything else, I stopped to breathe and think a minute.

It feels like slight jabs, and bubbling quickening movements.

What do phantom kicks feel like you may ask? It feels like shortly after the first few movements of a baby in utero, slight jabs, and bubbling quickening movements. Well, my monthly visitor just left me yesterday so I know for a fact that I am for sure not pregnant. And it most definitely wasn’t implantation bleeding or rare early pregnancy bleeding. I’ve kept track of things and there’s no way I could be pregnant, let alone feeling movement from a baby this early on! So, of course, I went straight on to Google because I needed to figure this out ASAP. Turns out that phantom kicks are totally and completely a real thing.

Phantom pregnancies are also a thing too! A woman can actually convince herself and her body that she is pregnant. Weight gain, nausea, and other pregnancy symptoms can even occur in phantom pregnancies. Some women who have phantom pregnancies snap out of it after seeing an empty ultrasound and not hearing a heartbeat. Others, I’m not sure as I don’t know how long this condition can actually last. I’ve seen and heard it all now. Queue the shock, I’m just glad to know that I am not feeling a baby (or alien) kicking me, I’m not crazy, and there’s not something bad going on inside of my body. Plenty of other women have experienced these phantom kicks, I’m not alone. Phew!

It is unknown as to why phantom kicks may occur in women. It does seem, however, to be more common in women who have had children. Though it can happen to any woman. If you’ve had a child, you can experience phantom kicks up to several years later. One woman felt phantom kicks 28 years after giving birth! Our bodies have already experienced kicks from babies in utero, which can possibly cause our brains to make us think that it is in fact a real kick. Some women experience the phantom kicks daily or weekly. Others maybe experience the phantom kicks once or twice a year. (If at all). I am hoping that I will fall into the once or twice a year category. After experiencing that today, I just don’t think that I could go through that every day or every week. It was quite an odd experience and it scared me to death making me think I was unknowingly pregnant or that something may even be wrong with me. If you want to learn more about this crazy condition, Monash University scientists in Australia conducted an online survey of 197 Australian women who had experienced pregnancy and recorded their phantom kick experiences. This is a great read to find out more about phantom kicks and the different situations in which women have experienced them.

Phantom kicks aren’t a major thing to worry about and in most cases, feeling phantom kicks is considered normal. But when you experience them for the first time, they can be a bit alarming. The “kicks” can be problematic for a woman who has suffered a miscarriage or stillbirth previously. If you experience phantom kicks and it bothers you or upsets you, try reaching out and talking to someone. Whether it be a doctor, friend, or counselor, talking about it will help you to cope and to deal with it. Remember, if you experience phantom kicks, you are not alone and you are not crazy! Just another way of proving that women’s bodies are truly capable of anything. You are an amazing mama and woman.

Gifts That Mom Will Love

Us Moms Deserve A Raise